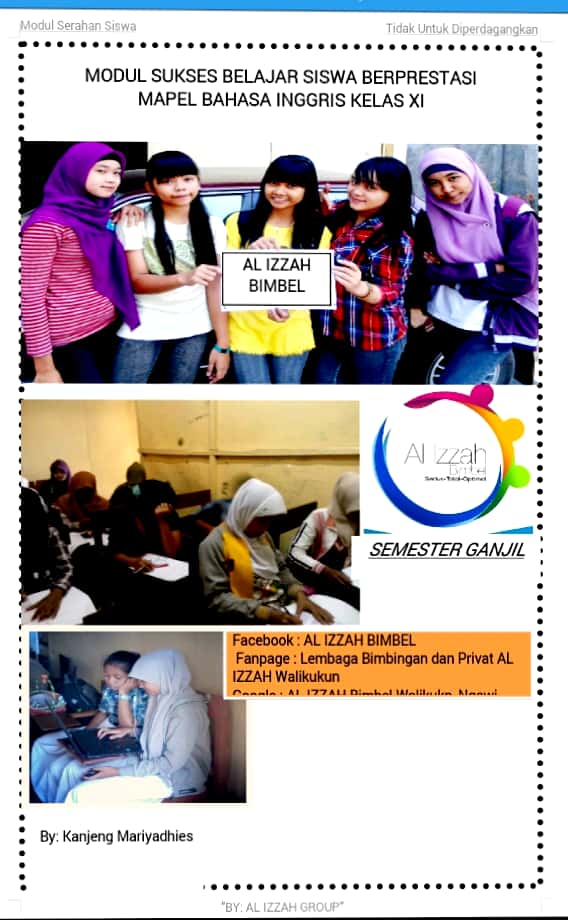 A. Building knowledge of field

A.1. Exploring your experience

Activity 2
Read the story below and answer the questions.

Once upon a time there was a young girl named Cinderella who lived with, her stepmother and two stepsisters.
Cinderella’s stepmother and stepsisters were conceited and bad tempered. They treated Cinderella very badly. Her stepmother made Cinderella do the hardest work in the house, such as scrubbing the floor and cleaning the pots and pans. She gave Cinderella an old ragged dress to wear. The two stepsisters, on the other hand, did no work about the house, and their mother gave them many handsome dresses to wear.
One day the two stepsisters received an invitation to a ball that the king’s son was going to give at the palace. They were excited about this and spent so much time choosing the dresses they would wear. At last the day of the ball came, and away went the sisters to it. Cinderella could not help crying after they had left.
“Why are you crying, Cinderella ?” a voice asked. She looked up and saw her fairy godmother standing beside her. “Because I want so much to go to the ball,” said Cinderella. “Well,” said her godmother, “you’ve been such a cheerful, uncomplaining, hardworking girl that. I am going to see that you do go to the ball”.
Magically, the fairy godmother changed a pumpkin into a fine coach and mice into a coachman and two footmen. Her godmother tapped Cinderella’s ragged dress with her wand, and it became a beautiful ball gown. Then she gave her a pair of pretty glass slippers. “Now, Cinderella,” she said, “you must leave before midnight.” Then, away she drove in her beautiful coach.
Cinderella was having a wonderfully good time. She danced again and again with the king’s son. Suddenly, the clock began to strike twelve. She ran towards the door as quickly as she could. In her hurry, one of her glass slippers came off and was left behind.
A few days later the king’s son proclaimed he would marry the girl whose foot fitted the glass slipper. The king’s page came to Cinderella’s house. Her stepsisters tried on the slipper but it was too small for them no mather how hard they squeezed their toes into it. The king’s page let Cinderella try on the slipper. She stuck out her foot, and the page slipped the slipper on. It fitted perfectly.
Finally, she was driven to the palace. The king’s son was overjoyed to see her again. They were married and lived happily ever after.

A.2.1. Using Past Tense
A. General Pattern

C. Function
To show a single event done in the past.

Activity 5
Fill in the missing words with the words in the box.

( The Story of Two Brothers )

Once there were two brothers. Although Nolbu, the older one, was rich and greedy, Hyungbu, the younger brother, was poor and generous.
(1) __________ when Hyungbu’s seven children were starving, he went to his brother to ask for rice to feed them. (2) __________when Hyungbu’s sister in law saw him, she did not want to give him any rice. (3) ___________she hit him on the cheek with the rice scoop. Hyungbu’s was so hungry that he ate the little bit of rice on his face. Then he turned the other cheek and told her to hit him again. (4) _________she hit him with a clean scoop. On his way home, Hyungbu found a swallow whose leg was broken. He took care of it until it was well, and then he lety it fly away. When spring came, the swallow grought Hyungbu a gourd seed to plant. In the fall, after he harvested the gourds, Hyungbu opened one of them. Gold coins poured out! (5) _________he became a rich man. Nolbu was jealous because his younger brother now had a big house with a beautiful garden. He wanted to know how Hyungbu became so rich. (6) ____________Hyungbu told him exactly what had happened. On the way home from Hyungbu’s house, Nolbu found a swallow. He broke its leg and then cared for it. After it got betteer, he let it fly away. The following year, the swallow brought him a gourd seed. Nolbu did just what Hyungbu had done. But in the autumn, when Nolbu opened his gourd, there was no gold. Instead, dirty water poured out of it. The water flooded his bouse and farm. (7) __________he was a poor man with no food and no roof over his head! Nolbu didn’t know what to do. He begged Hyungbu for help, and of course his kind brother said yes. Then Nolbu understood his own faults. He made up his mind to be a better person. He. His brother, and their families lived together happily (8)______________________.

B. Modeling of Text

B.1. Identifying the structure of a narrative

THE LEGEND OF LAKE TOBA

Once, there was a handsome man. His name was Batara Guru Sahala. One day, he caught a fish. He was surprised to find that the fish could talk. It begged Sahala to set it free.
As soon as the fish was free, if charged into a woman. She said that he had to keep the scret that she was once a fish. Sahala promised that he would not tell anyone about it.
They were married happily and had two daughters, one day, Sahala got very angry to his daughters of a fish. The children went home and told their mother about it. Their mother was annoyed, because Sahala broke his promise.
Then the earth began to shake and volcanoes started to erupt. The earth formed a big hole. People believed that the hole became a lake. Then this lake is called lake Toba.

In pairs, use the following key words/phrase to write on orientation of a narrative.
Remember to use simple past tense.
Look at the example.

Activity 10
D.1. Planning a story
Work in groups of three.
Use the key words in the boxes to create a story.
This story is taken from a famous epic “Ramayana”.

A.Choose the correct answer by crossing a,b,c,d or e.
Text 1.

The Ducks and the Turtle

Two ducks who lived in a big lake had a friend who was a turtle. One year there was a very little rain and the lake began to dry up. One of the ducks said to the other, ”Soon there’ll be no water in this lake .Let’s go and look for another lake. “ Yes, answered the second  duck, but first let’s say goodbye to our friend, the turtle,”
When they told the turtle they were going to leave, he said,” I’ll die here without any water and without any friends. Take me with you. ”The ducks answered ,”We can’t. We are going to fly, and you have no wings.” The turtle thought for a minute and then said,” Please wait here.” Then he went away and  found a strong, straight stick. He  brought  it back to his friends, put the middle of it in his mouth and said, ”Now if each of you takes me  one end of the stick in his mouth, you can lift me up and carry me with you.”
“There is one danger,” said the ducks,” If you try to talk while we’re carrying you through the air, you won’t be able  to hold the stick, so you’ll fall down along  way  and break your shell.”
“All right,” answered the turtle, ”I promise not to talk while we’re  in the air. So the ducks took the stick and flew away, with the turtle between them. All went well until the were flying over a town. Then some people saw them and shouted, ”Look, those ducks are carrying a cat!”
The turtle got very angry, “ A cat? I’m not …….”he said, but he did not get any further, because when he opened his mouth, the stick came out of his mouth and the poor turtle fell to the ground.

Dayang Sumbi was exiled in the jungle, because she was unmarried but pregnant. She gave a birth to a baby boy and named him Sang Kuriang. And he became a young and hard working boy. He was a good hunter too.
One day he went hunting with his dog, Si Tumang. In the bush he saw a pig, Wayungyang. He wanted to shoot Wayungyang but Si Tumang hindered him. He was angry at it and killed it, and then took its heart home. He cooked it and ate it with his mother. When he told that it was Si Tumang's heart, she was very angry and hit Sang Kuriang 's head with a spoon. And he ran away and left his mother to the east. He did not know himself and forgot his name. He was about 16 years of age.
After a long time Sang Kuriang came back to the jungle where his mother lived. She looked younger than her age, so Sang Kuriang fell in love with her. "Will you marry me?" one day he asked her. But Dayang Sumbi refused because she recognized that he was her son. He insisted to marry her and Dayang Sumbi asked him two marriage settlements . One, he had to dammed Citarum river, and two, had to make a boat in one night.
Sang Kuriang almost finished his work but Dayang Sumbi cheated him. He was angry and kicked the boat. The boat fell upside down on the peak of mountain. It was known as mount Tangkuban Perahu, at the northern of Bandung, West Java.